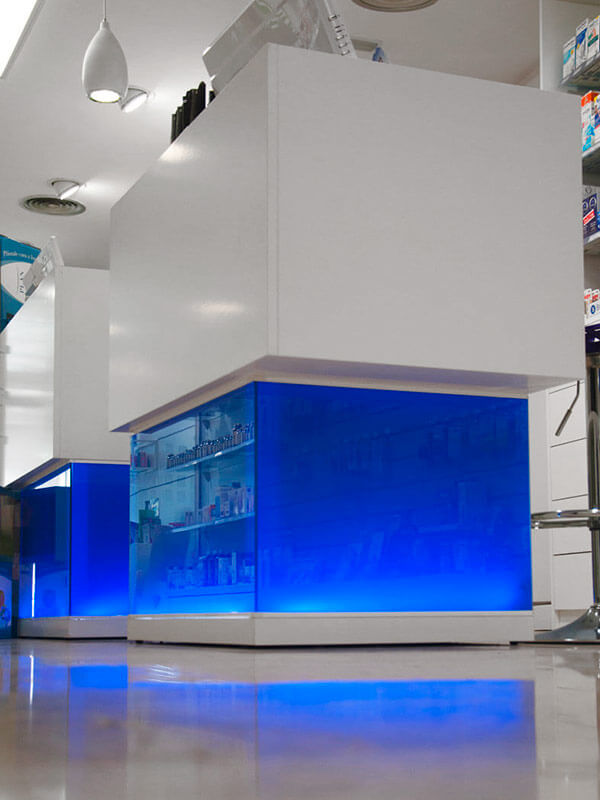 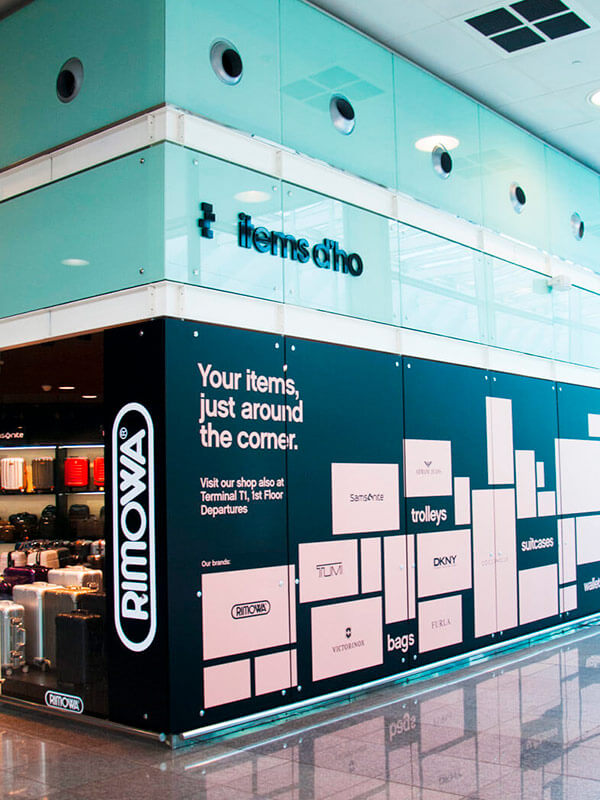 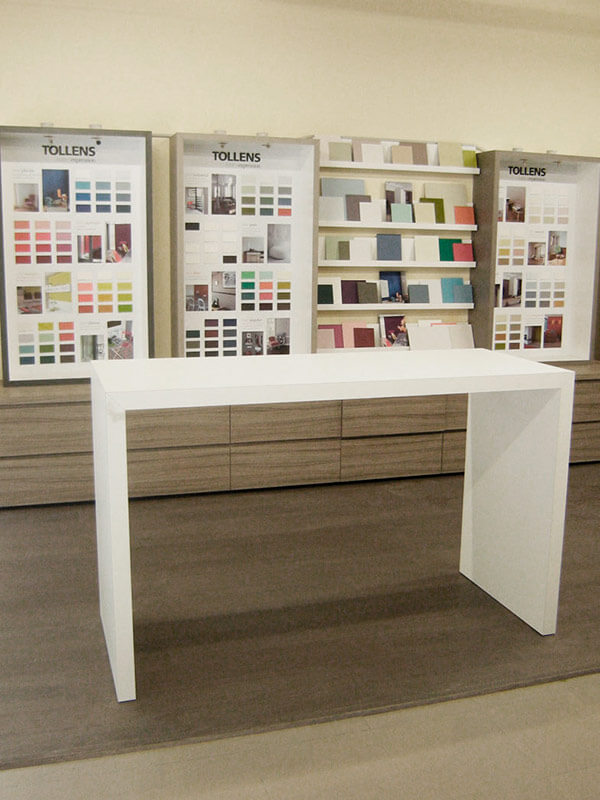 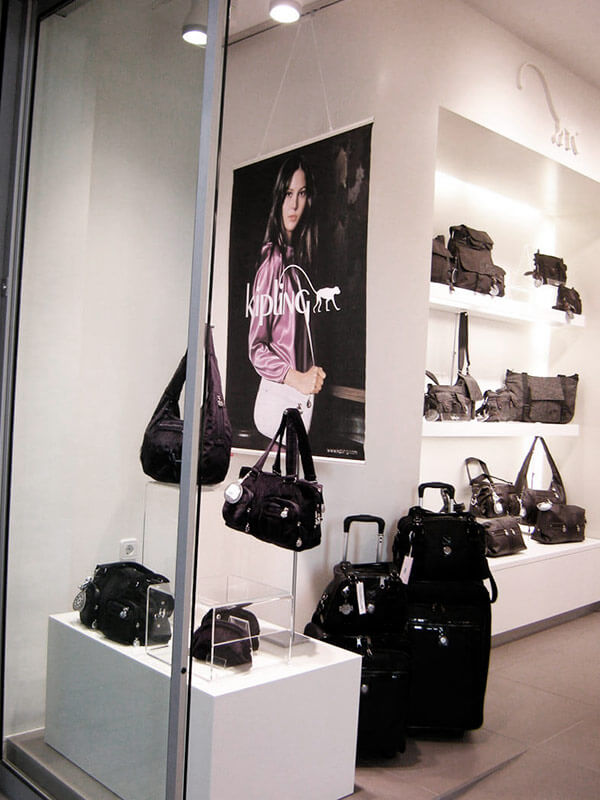 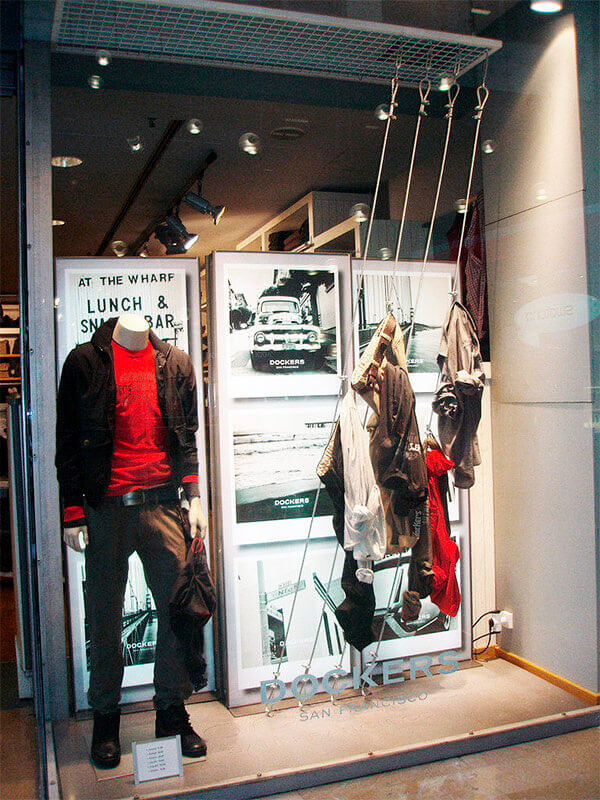 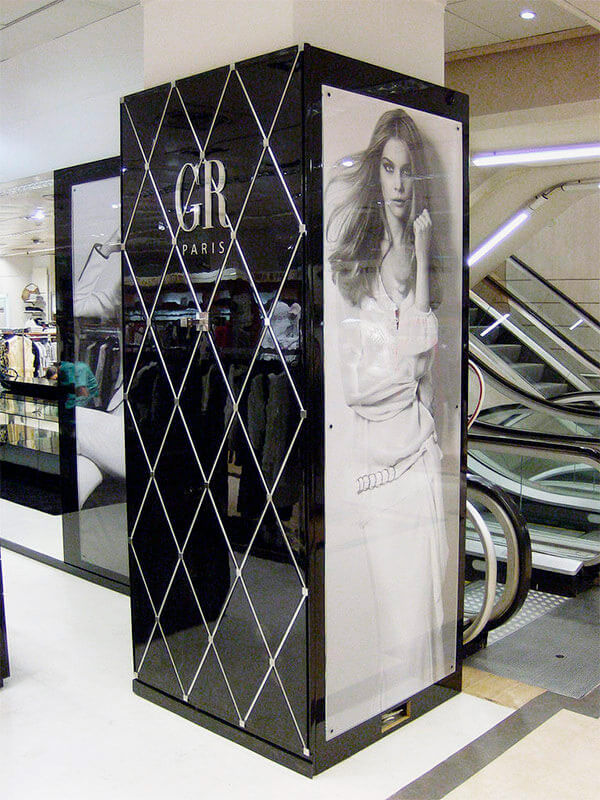 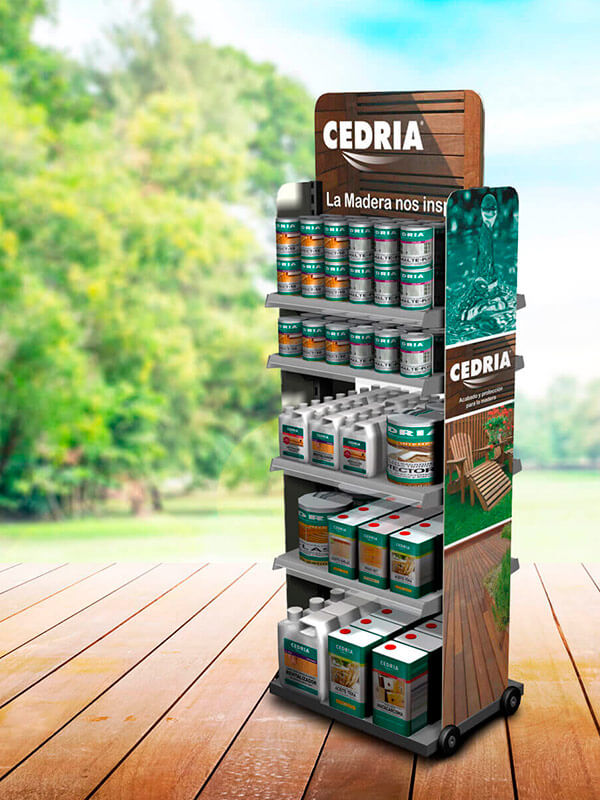 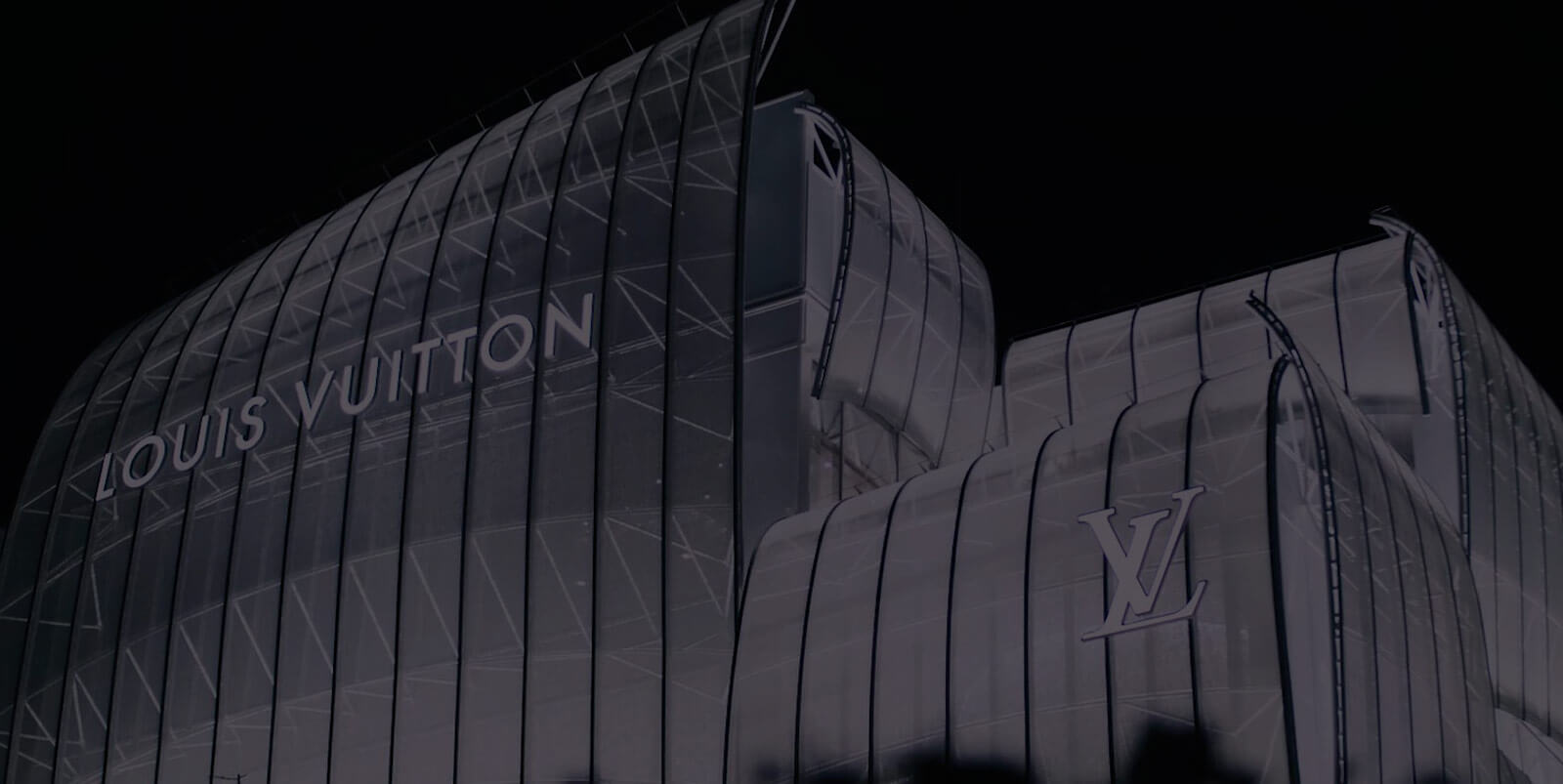 Innovations in digital signage and shop window designs are no longer enough to capture customer attention. The new trends go through anamorphic and kinetic illusion facades.

In the context of the post-coronavirus pandemic, the streets are once again heavily populated with consumers. Physical stores, which have suddenly had to adapt to new forms of leisure and commerce, face a challenge: attracting a clientele that is increasingly betting on online channels to make their purchases.

One of the elements that retail had to attract attention was the shop windows. And although these have gained importance, they are not enough. Attracting future clients goes through the design of innovative facades, each of them seeking a specific objective based on what each firm and store intends to expose. Thus, the new trends in facades are the anamorphic illusion facades and the kinetic facades.

Tips for the (re) design of attractive facades


When it comes to the facades, not everything is written. Not much less. Differentiating yourself from your competitors and from other stores of your brand is decisive. For this, there are several essential points to consider:

• Use new and exclusive materials that allow you to create original shapes. Inciting on the outside is equivalent to inducing on the inside. We talk about wood, vegetables, 3D and many other technological and architectural advances.

• Showing everything that happens inside is the way to follow. This can be achieved using large glazing without excessive products that cover the interior panorama. That is, from the street you can take a good look at (almost) the entire store inside.

• Closing is (re) opening better. The facade, when the store closes, continues to communicate. Therefore, choosing a good enclosure must also be part of the facade design work. Hence, the current trend for quality rolling doors.

• The exterior presentation of the store must be inspiring, coherent and attractive, aligned with the product and the message we want to convey.

• The more angles you can see everything from the outside, the better.

• The façade, as far as possible, must avoid putting barriers to the natural passage of the customer / consumer to the establishment.

• One of the most important parts of façade design is lighting, both day and night.

Shop windows are no longer enough

Standing out from the competition and attracting the consumer, through retail design, was a matter that has historically been dealt with in shop windows. Not surprisingly, the windows are the first visible face of each store, the initial approach with a potential customer. Hence, the importance of having a creative, attractive, suggestive and eye-catching showcase that responds to the philosophy of the brand and its products.

In fact, there are studies that indicate that shop windows can increase sales up to 70% and are responsible for achieving up to 23% of total sales. But the retail sector must be aware that a shop window is no longer enough to attract customers.

The facade of the commercial establishment goes much further in recent years, and will do so even more in the future. In a world of constant changes, dynamics that come and go, of a massive use of the smartphone and social networks to see and be seen, the traditional or avant-garde showcase needs to be completed. How? Understanding that it is only part of a facade, of a whole. Or what is the same: the facade of the building where the shop window is located is already the first major litmus test for any future customer.

The facade of the building where the shop window is located is already the first major litmus test for any future customer.

Technological advances and a more comprehensive and environmentally friendly look have generated a new trend in the facades. It is what we know as “kinetic facades”. But … What are they really?

These are facades that change dynamically and are configured into constantly moving surfaces. Without sacrificing the balance between aesthetics and utility, these facades dazzle with their impressive designs and the movements they convey.

A kinetic facade can be used to handle air, energy, light, and even information. It alters the exterior and interior perception by programming the mobile elements of the façade.


The most cited example of kinetic facade is the ‘Al Bahar Towers’ by Aedas Architects in Abu Dhabi. Its panels use the shape of umbrellas considering the movement of the sun. With this, it is possible to protect the users of the building from excessive heat or light, reducing the need for air conditioning and making the building more sustainable. Another notable example are the Oxford Street Debenhams Store and the Brisbane Domestic Terminal Carpark. Both are covered with aluminum tiles that respond to the different flows of the wind, also protecting against the sun and rain. Designed by Archial Architects, what is achieved on an aesthetic level is to create fluid or wavy effects on the entire surface. 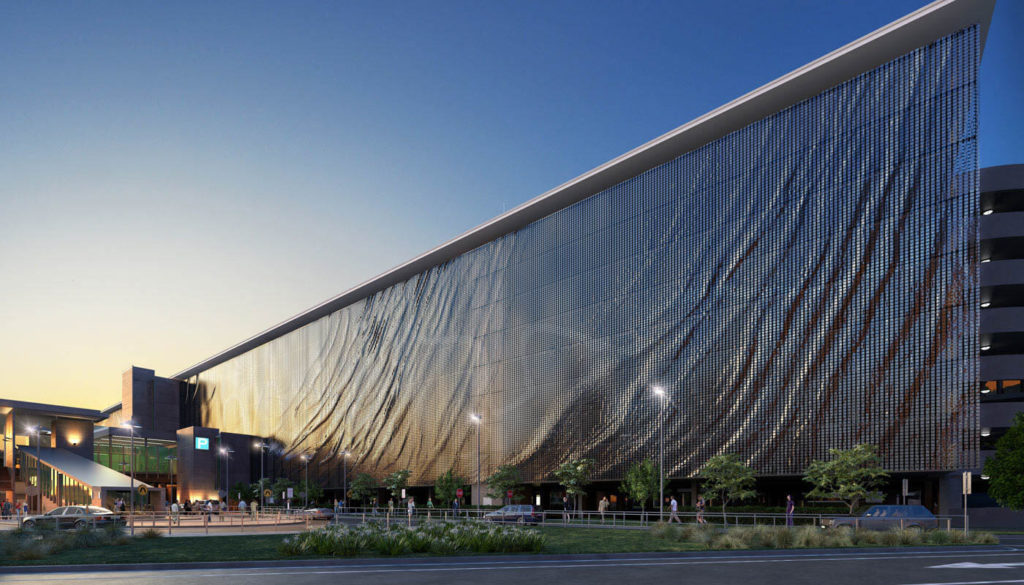 Another of the most striking retail design trends is in the anamorphic illusions of the facades. Anamorphosis is a technique based on the creation of images subject to optical illusions and the effects of perspective.

Perspective has always been a key element to reproduce and distort the reality we see, especially of space and depth, distance and light, playing the three-dimensional and the two-dimensional.

Today, the old billboards that were seen in big cities are taking on a new dimension with the anamorphic illusion. In particular, the commitment of eastern countries such as South Korea, China or Japan to this sector stands out. Specifically, in Seoul, in Coex Square – better known as K-POP Square – is the world’s largest anamorphic illusion advertising screen: a huge 3D wave that seems to engulf passers-by.

Spectacular facades in the retail field

If there is an architecture firm that has managed to capture the full potential of present and future facades in retail, it is Jun Aoki and Associates. At CAAD we already talked to you at the time about the spectacular and innovative facade that they created in the Louis Vuitton store in Osaka, evoking the sails of Japanese merchant ships.

A design that, in addition to being attractive, is functional, since during the day the candles filter the light, and at night they create a lantern effect. Now, in addition to being one of the 10 most spectacular retail design projects in the world, comes the distinctive new flagship store for Louis Vuitton in Tokyo’s Ginza shopping district. It stands out for its facade, built from two layers of glass that curve and undulate like water. 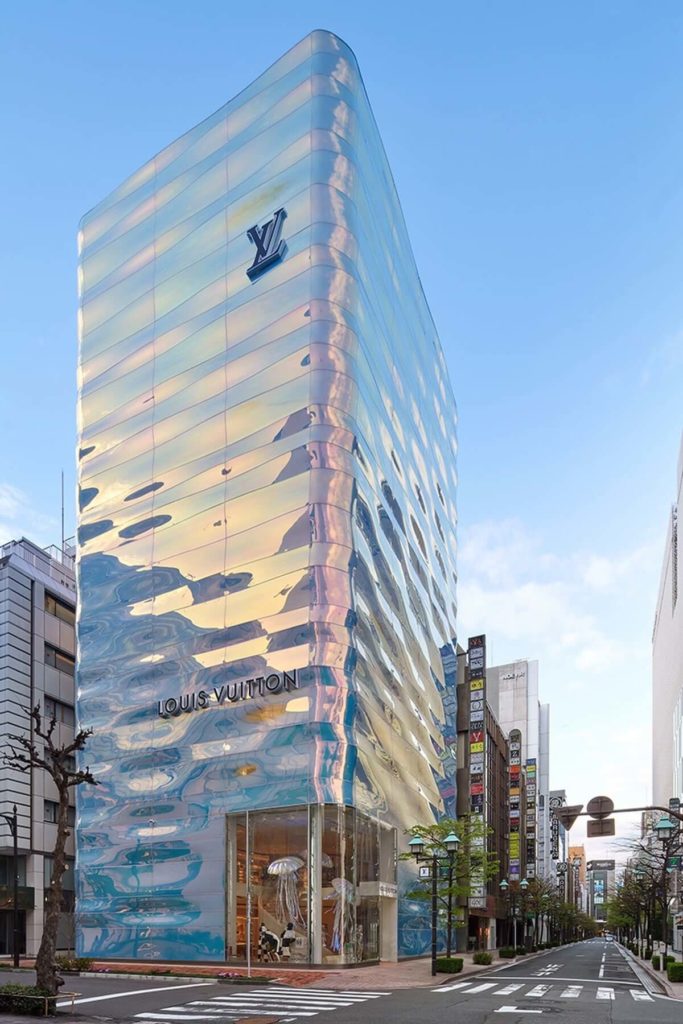 MVRDV’s second design for Bulgari is located in Bangkok’s IconSiam shopping mall. As MVRDV did in Kuala Lumpur, this spectacular facade goes back to Bulgari’s Roman origins to bring glamour and elegance to this brand-new establishment in the Asian city.

In this store, the architecture studio has once again been inspired by the first Bulgari store in Rome and has sought the combination of brass with other elements to give a golden effect on the facade that draws the attention of people who go up some escalators from the mall that ends in front of the Bulgari store. 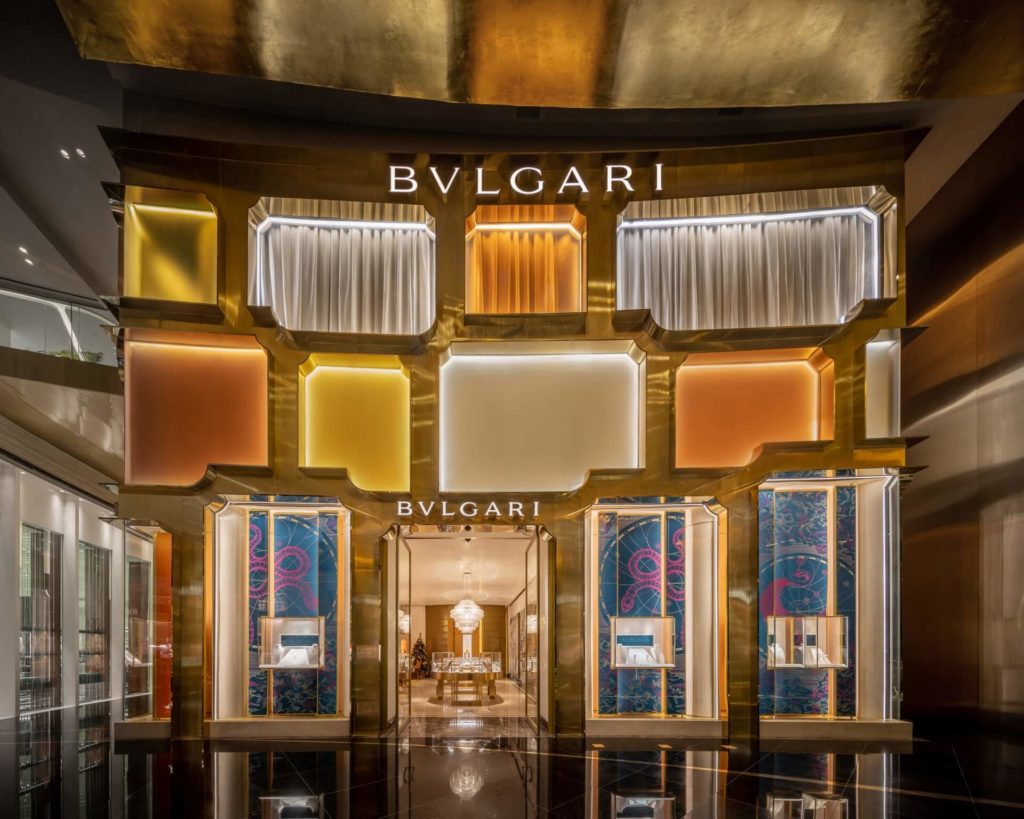 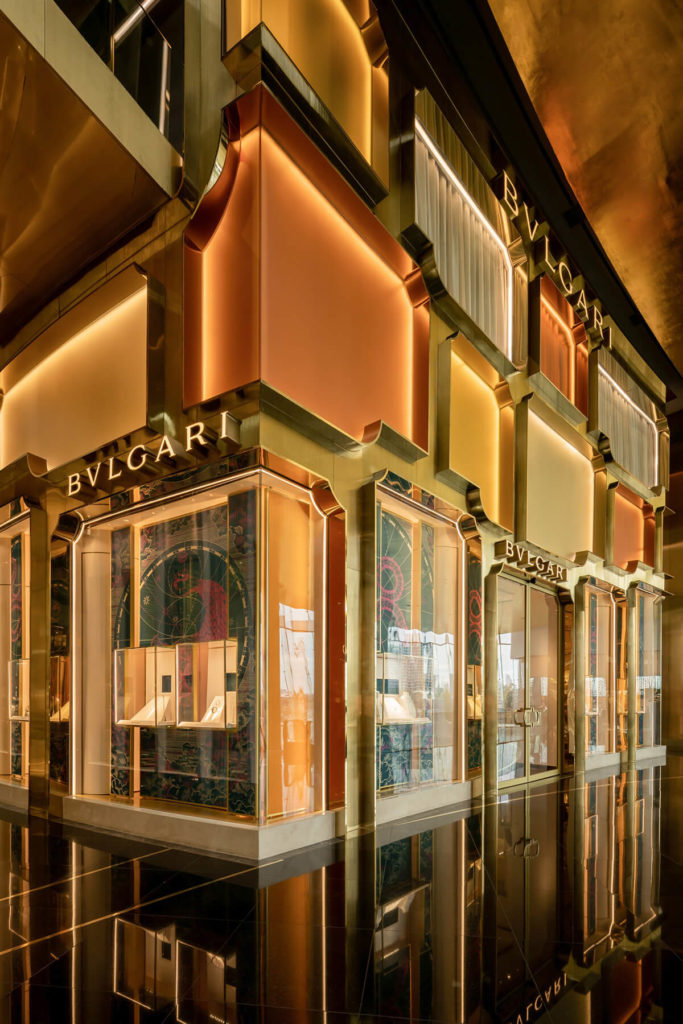 In London’s Soho, the famous Pass on Plastic store shines 24/365. From its facade you can see the effort and the theme on which the store is based: raising awareness regarding the damage caused to the marine environment, offering sustainable alternatives to buyers and visitors. The soft tapestries mixed with marine debris and the plastic found in the oceans offer a very remarkable contrast from the facade itself. 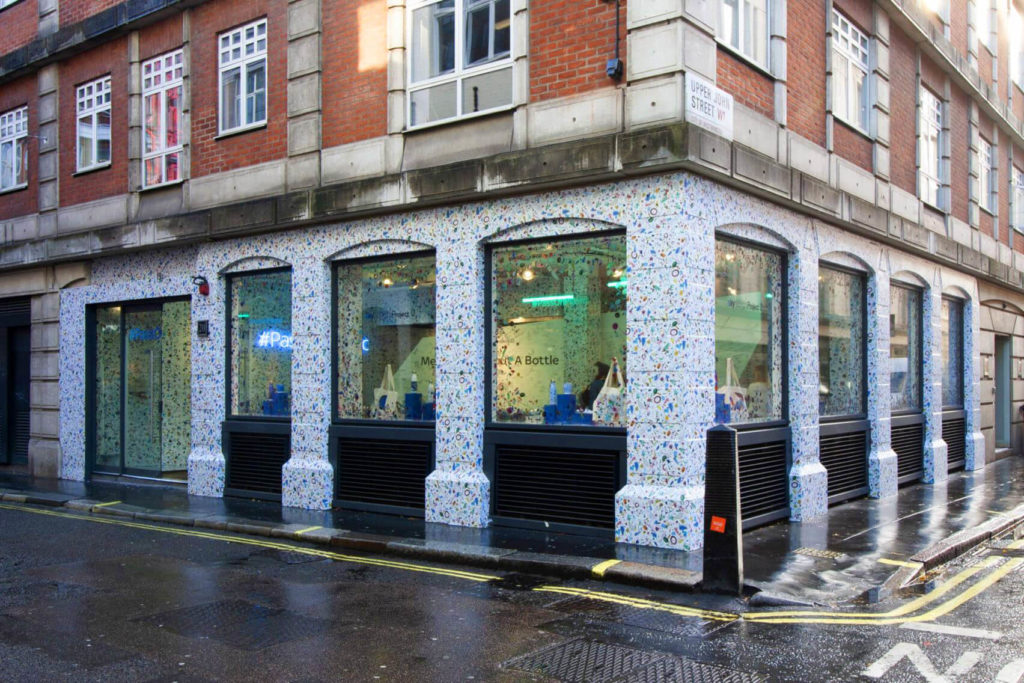 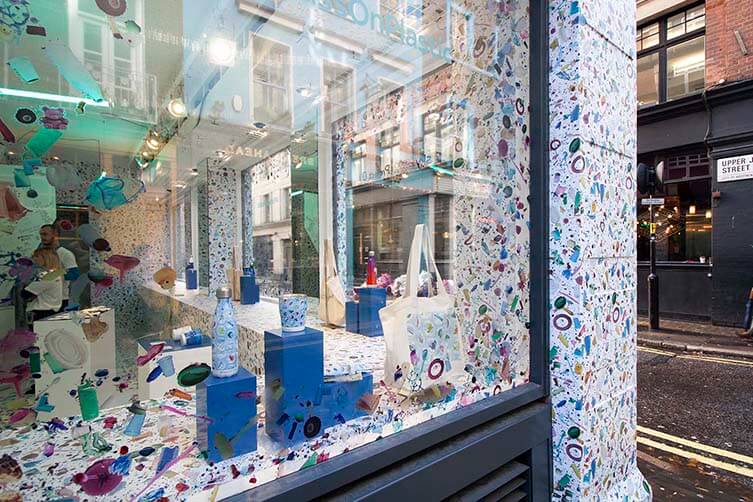 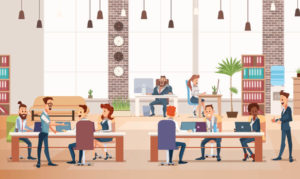 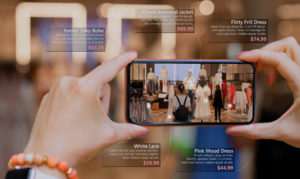 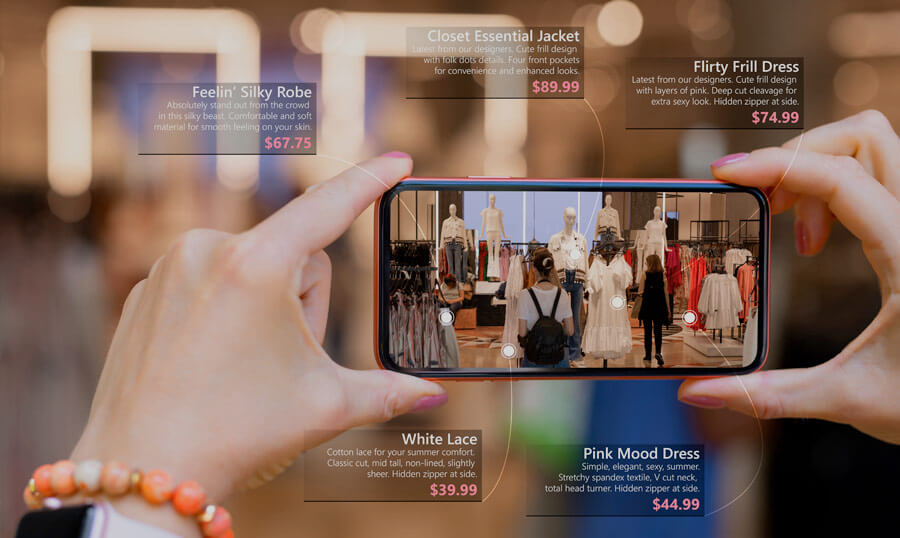 Virtual / augmented reality in retail: keys in the shopping experience of the new generations 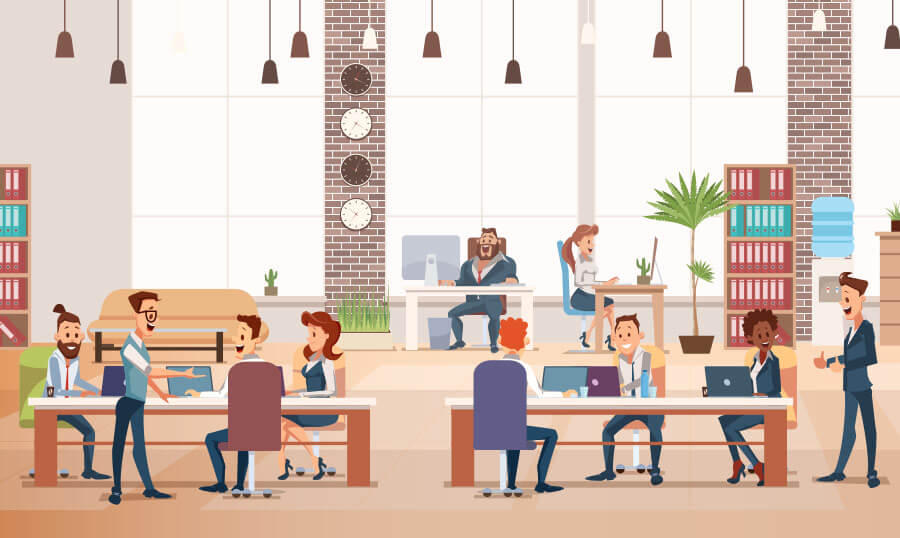 What will the offices be like in the future? Interior design trends for tomorrow’s office design 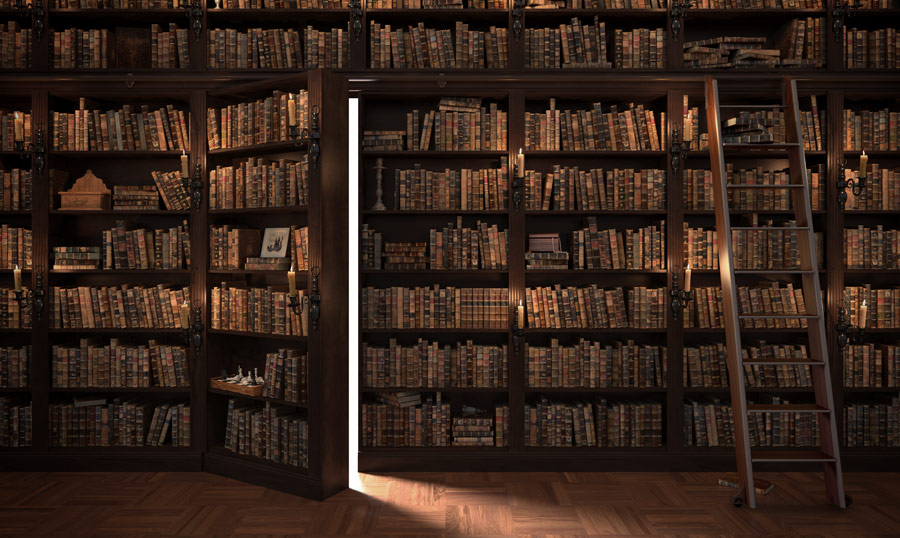